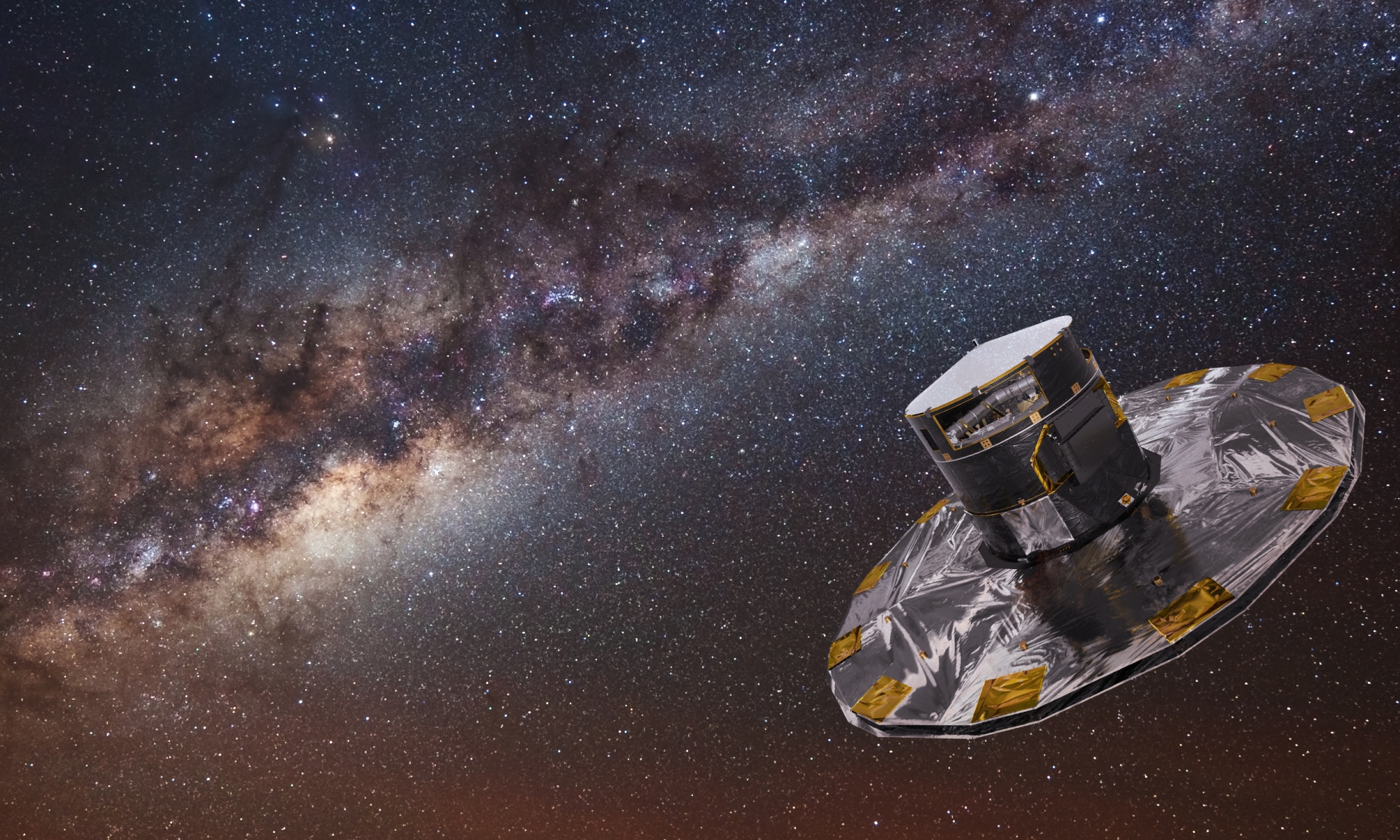 Between 2012–2016 I was a member of the Gaia Data Processing and Analysis Consortium (DPAC). I worked with Coryn Bailer-Jones at the Max Planck Institute for Astronomy (MPIA) in Heidelberg, Germany.

My work in DPAC was to maintain and expand the Multiple Star Classifier (MSC), a work package that is a part of the Apsis data analysis pipeline (Bailer-Jones et al. 2013). MSC uses the low-resolution spectra observed by Gaia (the BP/RP spectra) to infer the astrophysical parameters (APs) of sources identified as close binaries. When I left, MSC can estimate the extinction A0, metallicity [Fe/H], and the brightness ratio of the system as a whole, as well as the effective temperatures Teff and surface gravities log g of both components.

The APs are estimated using Support Vector Machine (SVM) Regression with the application of an RBF kernel to treat the non-linear data. The training and testing data is made by generating physically plausible binaries. The age and metallicity of the system are generated randomly, while masses are drawn from a Kroupa IMF and paired at random. Individual spectra for both components are then produced and combined into a single spectrum. The MARCS spectra library are used to interpolate the spectra for individual stars with the corresponding parameters.

Another software package that I developed from the grounds-up is the Ulysses BP/RP Simulator, which takes user-input spectra and provides BP/RP spectra as they are observed by Gaia. The package convolves the input spectra with the instrumental profile (which includes the total transmission curve, the dispersion curve, and the line spread function) of the satellite, and is performed for each pixel in the BP/RP spectra.

User can define the number of transits, apply extinction effects to the input spectra, and define the apparent magnitude of the source. The basic output are the noise-free BP/RP spectra and their corresponding wavelength, noise-free Gaia photometry (G, GBP, GRP, GRVS), and extinctions (A0, R0, AG, ABP, ARP). Users can also request additional outputs such as the noisy spectra, the input spectra converted into photons cm-2 s-1 nm-1, noise-free UBVRI photometry as well as their extinctions, the RVS-band extinction ARVS, and the astrometric error estimates (σϖ, σα*, σδ, σμα*, σμδ). The astrometric errors depends on the brightness of the source and the centroiding accuracy of Gaia, but not on the intrinsic distance of the source.